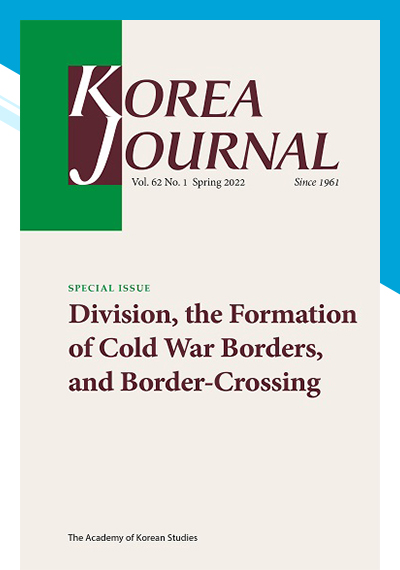 Photo. The 2022 Spring Issue of the Korea Journal (Source: The Academy of Korean Studies)

□ The Academy of Korean Studies (President Ahn Byung Woo) announced the publication of the 2022 Spring Issue of the Korea Journal. This issue sheds light on the past, present, and future of Korea as a divided nation.

The Korea Journal is the first English-language Korean Studies journal published in South Korea. Its inaugural issue was released in September 1961. A quarterly journal, it publishes articles on recent research across the areas covered by Korean Studies. The journal has been indexed in the reputable Arts and Humanities Citation Index (A&HCI) since 2001.

□ In the face of the unpredictable geopolitical conditions on the Korean Peninsula exacerbated by North Korea’s continued engagement in missile launches, the AKS intended to examine the implications and effects of the division of Korea, refugees, and those crossing the border to go to North Korea in order to identify possible ways to eliminate the barriers between the two Koreas and heal the scars of their separation.

Next
7,000 non-Korean honorary ambassadors of Korean culture connect Korea with the rest of the world