Leaping towards being a culturally influential country: The Third Framework Plan to Promote Periodicals (2022-2026)

Leaping towards being a culturally influential country: The Third
Framework Plan to Promote Periodicals (2022-2026) 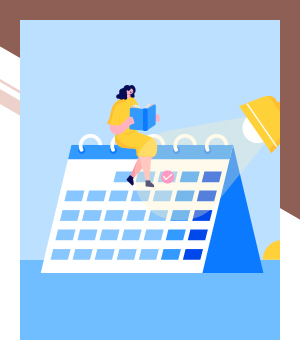 On August 9, the Ministry of Culture, Sports and Tourism (Minister Park Bo Gyoon, MCST) announced the Third Framework Plan to Promote Periodicals under the goal of “leaping toward becoming a culturally influential country with attractive periodicals.” This plan includes four strategies and nine detailed action items. The four strategies are cultivating agents of innovation, securing a growth engine, moving beyond national borders, and expanding cultural value.

In order to establish this plan in accordance with Article 7 of the Act on the Promotion of Periodicals including Magazines, the MCST collected opinions from members of academia and industry experts and consulted the Periodicals Advisory Committee and related ministries before finalizing the plan.

1. Cultivating agents of innovation: Fostering startups and skilled professionals prepared to leap into the future

The MCST plans to cultivate startups and skilled professionals to encourage the sustainable growth of the periodicals industry. While periodicals’ subscriber numbers and advertising revenue have been declining, an environment with new forms of profit models is being created. Magazines with a profit structure based on content sales rather than advertisement revenue are growing, and so are digital subscriptions.

In response to these changes, the MCST will support business startups that pursue both profit and social value through periodicals. It will provide financial resources for periodicals from the underprivileged section of fund of funds cultural accounts and strengthen the competitiveness of startups by cultivating startup planners whose job is to help the growth of startups. In order to support digital transition by small businesses, the MCST will create a platform to assist the production of digital content and nurture skilled professionals through systematic training programs.

2. Securing a growth engine: Expanding investment for digital innovation and supporting the innovation of business models

A growth engine for can be secured by developing and expanding investment in new technologies with a goal of overcoming the limitations of digital technology regarding periodicals and preemptively responding to the evolving digital environment. The MCST will foster R&D on publishing digital periodicals based on the Fourth Industrial Revolution and providing web publishing services that fulfill the needs of businesses.

In addition, the MCST plans to establish a digital archive for periodicals in order to preserve and encourage their use. In response to the shift in the advertising market away from traditional paper-based ads, various forms of branded content will be supported in combination with public campaigns connected to periodicals that publish government advertisements. Branded content is content designed to build awareness of and a preference for a certain brand by associating it with content that provides informational or cultural value.

With the global popularity of the Korean Wave leading to growing exports of South Korean cultural content, the MCST plans to support the export of periodicals as part of “K-magazines.”

4. Expanding cultural value: Establishing a sustainable environment for the creation of periodicals and raising social awareness of their value

The MCST will strive to establish a sustainable creative environment that allows publishers of periodicals to focus on their work. It will also promote the cultural value of periodicals and help them be shared by a wider public by linking them with various cultural activities.

To meet these goals, the number of types of magazines within “the list of magazines with good content,” which has been published since 2005, will continue to be increased (currently 200 types, up from the original 110 types) and the selected magazines will be distributed to culturally underserved regions and overseas libraries. The industry has long called for expanding this project since it contributes to a sustainable creative environment and to the cultural enjoyment of the public. The list of quality independent magazines will also be expanded as part of efforts to encourage one-person publishers and promote independent magazines. Planning and creating region-specific content will be supported with the goal of ensuring a sustainable environment for regional periodicals. Relevant systems will be revised so that expenditures on the purchase of magazines can be deducted from taxable income. Laws regarding printed magazines will be revised to include digital formats.

Lastly, a magazine week (tentatively scheduled for around November 1) will be introduced by the Korea Magazine Association with a goal of promoting periodicals. Various cultural activities, including lectures and club meetings connected with independent bookstores and periodicals, will be supported.

“Periodicals have both timeliness and specificity. The ministry will actively support the industry, including expanding the environment for innovation and digital investment, in order to help foster the cultural and economic influence of periodicals,” said a ministry official.