- A ceremony to celebrate both the 50th anniversary of the Korean Culture and Information Service and the inception of the KOCIS Center was held on December 15, 2021 - 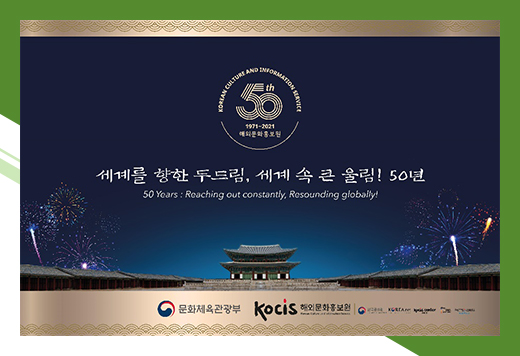 Photo1. A promotional image for the 50th anniversary of KOCIS

On December 15, 2021, the Korean Culture and Information Service (KOCIS, Director Park Jung-youl) under the Ministry of Culture, Sports, and Tourism (Minister Hwang Hee) opened the KOCIS Center as a reformation and expansion of the former Foreign Press Center, and celebrated its 50th anniversary. The celebratory event was held with a minimum number of in-person participants due to the Covid-19 pandemic.

KOCIS was launched on December 31, 1971 as the Overseas Information Center under the then Ministry of Culture and Information before being reformed under the Ministry of Culture, Sports, and Tourism in 2008. As the mother organization for 33 Korean Cultural Centers in 28 countries, KOCIS has played a major role in promoting Korean culture and spreading positive images of the Republic of Korea on the international stage.

Opening the KOCIS Center, a base of communication and cooperation for foreign press in South Korea

Celebrating its 50th anniversary in 2021, KOCIS transformed the former Foreign Press Center (opened in 2013) into the KOCIS Center in order to better support the activities of foreign correspondents in Seoul and to expand its role as a nexus point between foreign news media and government ministries. The KOCIS Center is equipped with multi-purpose halls with state-of-the-art LED video equipment, a conference room, cafeteria and lounge, studio, editing room, personal work spaces, interview room, and a work space for spokespeople from foreign press outlets. Its goal is to improve the convenience of the work process of foreign journalists and to facilitate non-contact news-collecting activities.

The opening of the KOCIS Center is a product of the government’s continued efforts to promote seamless communication with the foreign press. A total of nine ministries, including the Ministry of Culture, Sports, and Tourism, the Ministry of Environment, and the Ministry of Health and Welfare, have deployed spokespeople dedicated to the foreign media. They are provided training and PR consultations in cooperation with the Association of Spokespeople for Foreign Media. The government’s efforts to create a secure environment for the activities of foreign news agencies in the country have contributed to the opening of Seoul offices by a number of major newspapers, including the New York Times in May and the Washington Post in August. As such, South Korea is positioning itself as Asia’s next media hub. “Seoul was appealing because of … its relative press freedom … with a big pool of well-trained, English-speaking journalists,” reported UK monthly Monocle on November 18, 2021. “Seoul is Asia’s next media hub.”

Three individuals and one organization receive awards from the Minister of Culture, Sports and Tourism for their contributions to the international promotion of Korean culture.

KOCIS expressed its gratitude at a celebratory event to individuals and organizations that have contributed to the international promotion of Korean culture and cooperated with KOCIS in its related efforts.

The awards from the Ministry of Culture, Sports and Tourism went to: Mr. Mohammad Khawaja, Director of the non-profit Cinema Space, for his contribution to the promotion of Korean films; Dr. Mark Peterson, Professor Emeritus at Brigham Young University, for his efforts to spread accurate information on Korean history through his Korean Studies lectures over the past 40 years; Timothy Atkinson, Adjunct Professor at Seoul University of Foreign Studies, for his work as a translator and editor of overseas promotional materials; and the Japan-Korea Theatre Communications Center (President Ozasa Yoshio) for his contribution to the promotion of Korean theater in Japan and exchanges between Korean and Japanese theater professionals.

“The KOCIS Center, which is opening as part of the celebration of the 50th anniversary of our institution, is expected to serve as a communications channel between the government and foreign journalists and to play a critical role in disseminating international agendas,” said KOCIS Director Park Jung-youl. “Over the next 50 years, KOCIS will continue to serve and strengthen its role as a platform for the communication of government policies and the global promotion of Korean culture in order for it to enjoy a greater resonance in the world.”

Prev
Publication of K-Culture: 50 years of overseas promotion of the Republic of Korea