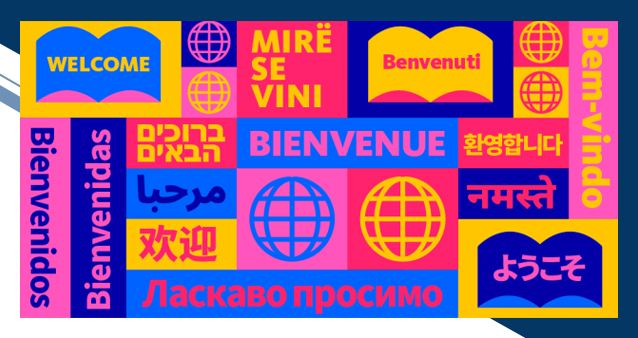 Beginning April 12, the festival includes a series of virtual events, book lists, and programs honoring the library’s commitment to serving the diverse communities of New York City. Opening at the start of Immigrant Heritage Week and running through April 30, the World Literature Festival showcases library resources that reflect the wide-ranging cultures and languages of the New Yorkers served by the NYPL.

The festival specifically highlights the library’s World Language collections, which includes books and materials in over 60 languages available either digitally of at branches throughout the Bronx, Manhattan, and Staten Island. It will offer a broad selection of library events with authors from around the world, book discussion groups, and bilingual storytimes for children.

Multilingual programs with English interpretation will be held throughout April and will feature a wide variety of guest speakers and authors, such as National Book Award winner Ha Jin, Nicole Dennis-Benn, Alexander Stessin, Naomi Hirahara, don Miguel Ruiz, and Colombe Schneck. Each discussion will be mediated in the author’s native language. The Library’s signature event series, Live from the NYPL, will also host two special events.

As part of the Festival’s children’s programming, virtual bilingual storytimes will be put on by staff from local branches that reflect the neighborhoods being served throughout New York City. Available directly through the Library’s Vimeo page, these storytimes will highlight books from the Caribbean, Latin America, China, Albania, Russia, and more. The library will also debut two additional languages—Russian and Japanese—on its new Story Line service (launched early this year) that allows families to call the library and hear a children’s book read over the phone. The recordings currently feature stories in English, Spanish, and Mandarin, with stories updated weekly.

Patrons interested in exploring the cultures of the world can also find recommendations from expert librarians at the NYPL who collaborated to create a list of 25 essential books published outside the United States and translated into English. The complete book list, titled “World Literature in Translation,” is available online and contains titles available to borrow in a range of formats from the library’s digital and physical collections, including accessible editions. The English version of Human Acts by Han Kang is featured among them.

In honor of Immigrant Heritage Week and those who have traveled far and wide to make New York their home, the library also shared the top foreign-language books checked out by patrons. These lists indicate the most popular titles over the past year for both adult and children’s books in individual languages. Among Korean books, Tʻoji by Pak Kyongni has been selected.

Note) The Korean version of this article is a translation of an original press release written in English. As we translated it back to English, we mostly adopted the original English sentences with the exception of certain elements that were originally written in Korean.