Korean Collections at the School of Oriental and African Studies, University of London 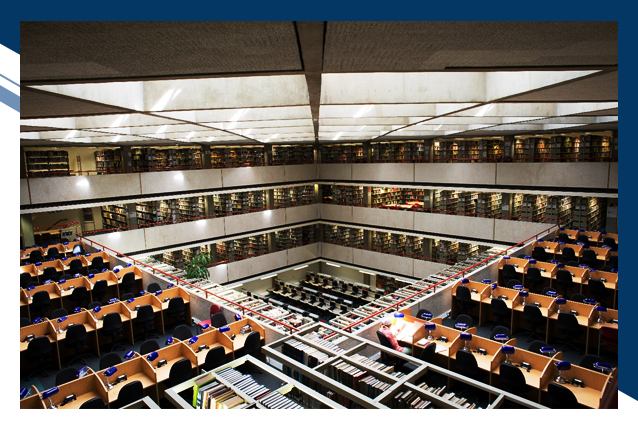 With a prime aim to respond to growing interests in the East and to train officials in culture and language, the School of Oriental Studies (SOS) in the University of London was established in 1916. It was renamed the School of Oriental and African Studies (SOAS) in 1938 when the institution initiated a program of African studies. With the addition of studies on the Middle East, SOAS has become one of the world’s prominent tertiary education and research institutions specializing in the study of Asia, Africa, the Near East, and the Middle East. It is a home to around 5,200 students pursuing nearly 350 undergraduate programs and 115 graduate programs. The level of satisfaction expressed by students regarding their programs is very high. In 1953, Dr. William Skillend was appointed as the first Professor of Korean Studies, a first at SOAS, and also in the entire UK. The Centre of Korean Studies was launched in 1984 and has grown to become a leading research center for Korean Studies and the largest of its kind in Europe. Chinese, Japanese, and Korean Studies are all housed within the Department of East Asian Languages and Cultures at SOAS. The number of students applying to Korean Studies has been increasing recently thanks to the rising popularity of the subject.

One of the five national research libraries in the UK1, SOAS Library houses about 1.3 million items including valuable books on Asia, Africa, the Middle East, and Near East, and archives recorded in over 400 languages. Located in the borough of Bloomsbury, an area historically famous as a gathering place for intellectuals and artists in London, the Philips Building was designed by the eminent English architect Sir Denys Lasdun (well-known for his Brutalist designs popular in the UK in the mid-20th century). It was selected as one of the most beautiful libraries in London by Time Out.2

The Korean collection stored in the SOAS Library consists of around 75,000 volumes, including books and serials, in Korean and other languages. Small in number compared to the Chinese and Japanese collections, it is regularly acquiring high-quality books, serials, and films related to Korea through partnerships with the National Assembly Library, Literature Translation Institute of Korea, and Korea National University of Arts, as well as the National Library of Korea’s international exchange program. It also receives a subsidy covering part of its e-resource subscription fees through the Korea Foundation’s Support for Korean Studies E-Resources program. Providing access to the greatest number of academic databases related to Korean Studies in the UK, SOAS Library is a valuable resource not only to SOAS members, but also to students and researchers from other universities who are interested in Korean Studies.

Particularly popular in the collection are North Korea-related materials, books and media connected to the Korean Wave, and Korean literature. In the late 1970s, SOAS Library received a large number of books from North Korea through the Polish Embassy. SOAS Library OPAC (library.soas.ac.uk) lists Kim Il-sŏng (1912-1994) as the author of 126 books and Kim Chŏng-il (1942-2011) as the author of 19. North Korean materials easily accessible in open stacks seem to be particularly popular among researchers and visiting professors from South Korea.

Drawing upon the popularity of K-pop and K-dramas, books, films, and albums connected to Korean music and the Korean Wave have been included in the reading lists of classes in Korean Studies and are also consistently popular in terms of library loans. Film director Kim Sung-su and actor Jung Woo-sung, who were visiting the UK to participate in the 2016 London Korean Film Festival for their film Asura: The City of Madness, served on panels as part of a seminar at the Centre of Korean Studies at SOAS. They received an enthusiastic welcome from students. 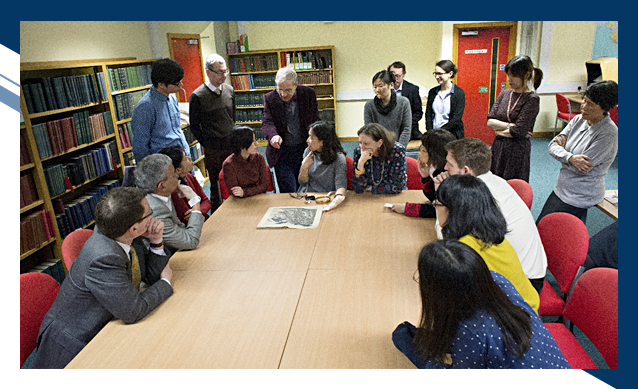 According to the Comprehensive Catalogue of Modern Literature complied by the National Library of Korea a few years ago, SOAS Library houses some important Korean modern literary works and rare materials that are stored in three or fewer institutions in the world. The collections include modern and contemporary novels, including old-print (Ttakjibon) novels published by Sechang Seogwan in the 1950s. Deborah Smith, who translated The Vegetarian, a novel with which won Han Kang the 2016 Man Booker International Prize, received her PhD at the SOAS. More recently, undergraduate students have been showing a growing interest in contemporary novelists such as Bae Suah, Pyun Hye-young, Cho Nam-ju, and Chung Serang.

In addition to open shelves, SOAS Library has a special collection/archive section that is accessible upon request as well as ancient and special materials that can be accessed through the Brunai Gallery. Included in these sections are Paintings on the Five Moral Rules, The Moonlight by Kim Ki-chang (a painting), and prints by Elizabeth Keith. The scroll Chōsen shisetsu gyōretsu zukan (Procession of Korean Ambassadors), created in Japan in the mid-17th century, is one of the most popular items. This 12.5m-long handscroll is believed to be a recording of the procession of the Korean envoys sent to Japan in 1655 (the sixth year of the reign of King Hyojong). The colorful illustration of the procession vividly and dynamically depicts the palanquins carrying the senior envoy, vice envoy, and chief administrative officers along with the accompanying musicians, clowns, and gifts, including tiger skins. This handscroll has been displayed at the British Museum and was broadcast on the BBC’s Antique Roadshow in 2017. Scholars from both South Korea and Japan used to travel all the way to London to see this scroll. Now, portions of the special collections and archives housed in the SOAS Library, including this scroll, can be viewed through the SOAD Digital Collection website (https://digital.soas.ac.uk/)

With the ever-changing digital environment producing an overwhelming volume of information in various formats and in the midst of an unprecedented pandemic, the means by which libraries acquire materials and the expectations of the roles of librarians seem to be shifting. Temporarily closed from March through July 2020 to combat the spread of Covid-19, SOAS Library is gradually re-extending its in-person services to students and staff members in accordance with the government’s pandemic guidelines. It is also strengthening its role as a mediator between users and the library’s collections through no-contact services such as Click & Collect, Scan & Send, and Postal Loans, as well as online user training. The staff is greatly looking forward to once again greeting librarians from South Korea once the pandemic is over.

Ms. Wood studied History at Sogang University in Seoul and obtained a master’s degree in Information and Library Management at Loughborough University in the UK. She completed a Chartership at the Charted Institute of Library and Information Professionals in 2014 to become a Chartered Librarian.

She began her career in librarianship as the Library Services Coordinator at Oxford University Press Headquarters. She began working at SOAS Library in 2011 as a subject librarian in charge of art and multimedia. Since 2019, she has been responsible for Japanese and Korean Studies. As the leader of the Access & Discovery Team, which consists of subject librarians, she line-manages four other librarians.