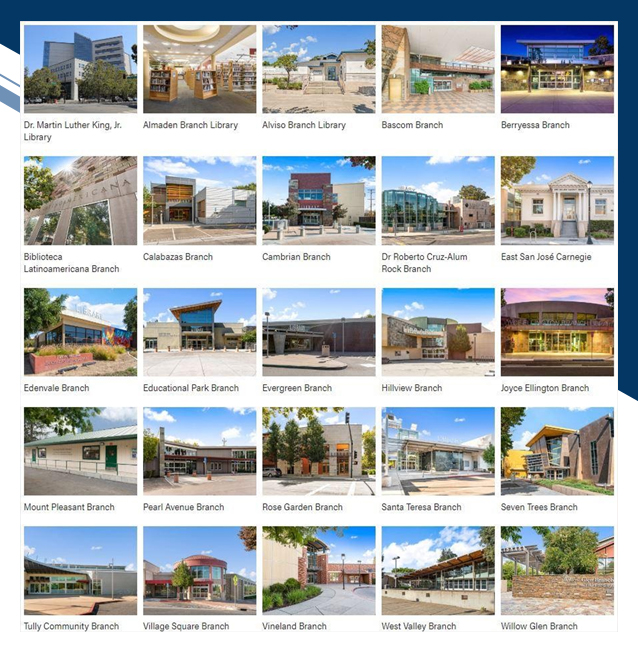 The San José Public Library consists of a main library and 24 branches. The main branch, the Dr. Martin Luther King Jr. Library, is located on the campus of San Jose State University. Thanks to its location, this library is beloved by both city residents and the students and staff at the university. According to 2020 data, the city’s population is just over a million. Over six million people visited the San José Public Library and nearly three million people visited its website in total. The library currently maintains 578 employees and an annual operating budget of 48 million dollars. It houses approximately 2.5 million volumes. There are 95 languages represented in the collection, among which 20 are the major focus of acquisition and management. We have provided about half a million reference services, 8,000 homework sessions, and nearly 470,000 programs and events in total. The library maintains the California Room to store items related to local history, a Citizenship Services service for naturalization resources and assistance, Early Education Services to provide resources and programs for those aged 0-5, and the Maker[Space]Ship, an innovative mobile makerspace. In terms of programs, the San José Public Library offers Partners in Reading to promote adult and family literacy, SJPL Works: Career and Business, and a Teen HQ designed especially for young people.

As of 2020, the San José Public Library houses a total of 9,803 items in Korean, not counting electronic resources. Thanks to the popularity of the Korean Wave in the US, we receive a great number of purchase requests for K-Pop CDs and K-Drama/K-Movie DVDs. The budget assigned for Korean materials was $12,000 in 2019 and $8,500 (excluding electronic resources) in 2020. The 2020 budget for electronic resources in Korean was $2,000. The popularity of Korean materials continues to grow, and the library is striving to meet the demand by offering Korea-related resources such as Korean-language e-books, streaming videos, e-magazines, and e-newspapers. 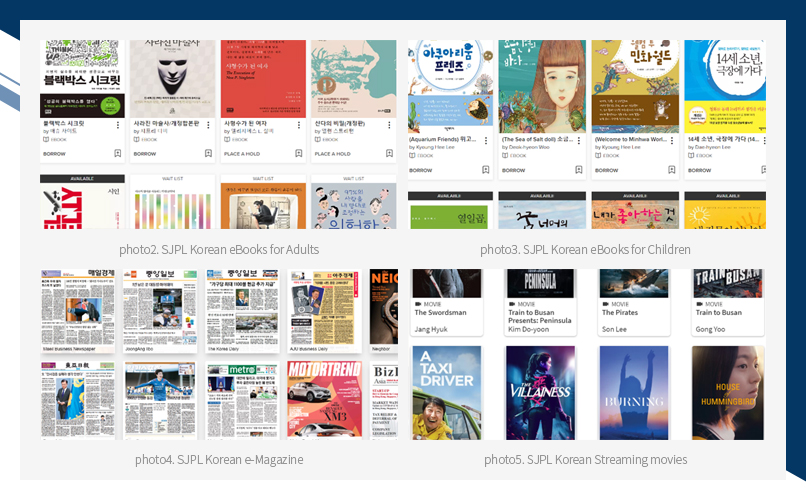 For the convenience of Korean-speaking users, the San José Public Library website has launched a blog in Korean (https://www.sjpl.org/kor).

Librarian Eun Chin Lee launched the Korean Conversation Café at the San José Public Library in January 2013 and operated the program on a weekly basis until the library was forced to close due to the pandemic. At the café, Lee provided a weekly hour-long Korean language lesson for interested adult users. During the session, she promoted Korean resources and used them as study materials. This program was featured in the Korean Daily US. Along with general users of the San José Public Library, this Korean lesson attracted a number of students from San Jose State University due to the lack of Korean language courses there (https://sjpl.bibliocommons.com/events/5dba276f45ba033900551bf9). 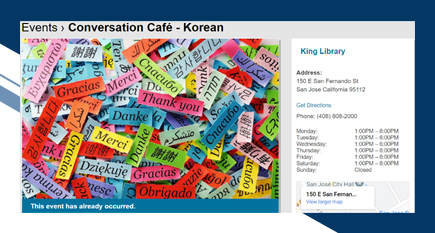 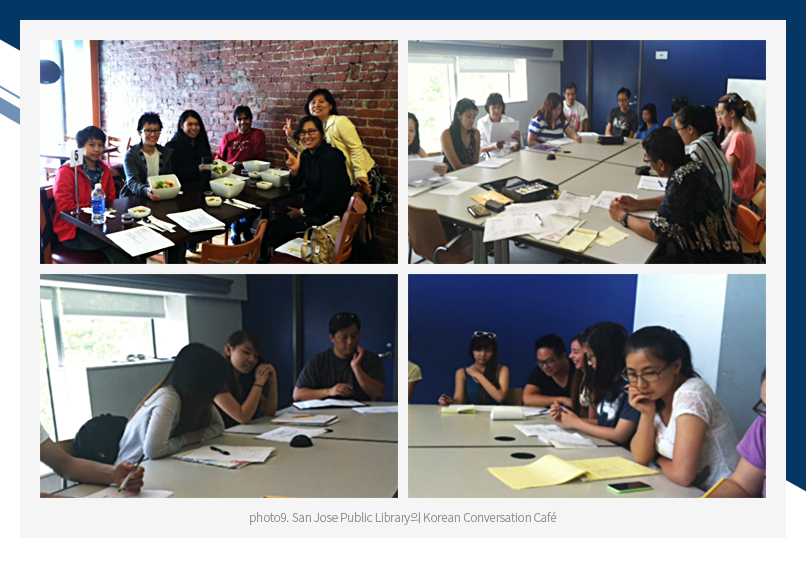 On March 8, 2014, Lee joined San Jose State University librarian Diana Wu in inviting the Korean Spirit & Culture Promotion Project to host an event entitled Hidden Treasures of Korean Art and Modern Korea. They also hosted the 50 Wonders of Korea at the Asian and Pacific Islander Heritage Month Event from April to May 2016. 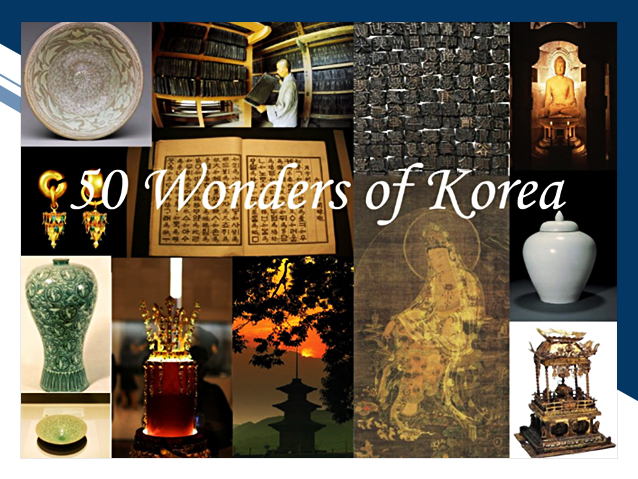 Prev
Korean Studies Libraries at the University of Sheffield:Their Importance in the Establishment and Development of Academic Programmes of Korean Studies