7,000 non-Korean honorary ambassadors of Korean culture connect Korea with the rest of the world

7,000 non-Korean honorary ambassadors of Korean culture connect Korea with the rest of the world

- On May 20, the induction ceremony for the 2022 non-Korean honorary ambassadors of Korean culture was held and aired live on the internet. - 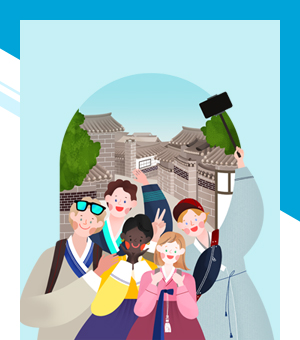 To celebrate Together Day, the Korean Culture and Information Service of the Ministry of Culture, Sports and Tourism (KORCIS, Director Park Myeongsun) held an induction ceremony for the 2022 non-Korean honorary ambassadors of Korean culture. The event on May 20 at the MBC Golden Mouth Hall in Seoul was designed to help launch the activities of these 7,000 ambassadors.

The slogan of the ceremony, Harmony with K-culture, means communicating and interacting with the world through Korean culture. The ceremony was aired live on the Korea.net YouTube channel and the Metaverse Gallery at the Korea World site. The Metaverse Gallery is an online space in which non-Korean fans of Korean culture can share Korea-related content they have created and interact with other like-minded people. Operated by KORCIS, it opened on November 30, 2021.

The ambassadors include 4,834 honorary reporters for Korea.net from 122 countries and 1,856 “K-influencers” from 103 countries.

Among interested non-Koreans from both inside and outside South Korea, KORCIS selected 4,834 Korea.net honorary reporters from 122 countries and 1,856 “K-influencers” as honorary ambassadors of Korean culture for this year. “K-influencers” are non-Korean YouTube content creators specializing in Korean culture. The total number of ambassadors has increased by approximately 2,000 compared to last year (3,432 honorary reporters from 105 countries and 1,224 “K-influencers” from 76 countries). A new record was set for the diversity of nationalities and languages, indicating the growing interest in Korean culture among people around the world.

Over the following year, these ambassadors will create and share Korea-related content in various formats, including news articles, photos, and videos, provided from their unique perspectives and in their own languages.

A number of events themed on Korean culture continued during the online festival week of May 20-26.

At the ceremony, the activities of former honorary ambassadors were highlighted and newly appointed ambassadors expressed their commitments to their responsibilities. Eman Sultan from Bahrain said that she decided to become a “K-influencer” because she wished to apply her career as a graphic designer to create and share different visual content. Alybaev Bektrusun from Kyrgyzstan, President of the Kyrgyzstan Students Association in South Korea, said he planned to write articles that could be helpful to those who hope to study in South Korea. The events included the awarding of a certificate of appointment combined with a magic performance, a talent show, the screening of a video of congratulatory remarks by former ambassadors, a true or false quiz contest on Korean culture, drawing the KORCIS mascot, writing slogans in Korean, and congratulatory performances.

In addition, an online festival was held during the week of May 20-26. This event provided an opportunity for the honorary ambassadors to learn more about Korean culture and engage in related activities. On the Korea.net YouTube channel, participants can enjoy a live tour of the Blue House, the former Presidential Office; participate in a quiz contest; learn traditional Korean games; participate in an orientation session for honorary ambassadors; and view content on five Korea-related topics, including shopping, tourist sites, and food.

“Even during the Covid-19 pandemic when the whole world was disconnected, the Korea.net honorary reporters and K-influencers served as the planet’s biggest Korean Wave network, actively connecting South Korea with the rest of the world. The activities of our honorary ambassadors promoting the culture, history, tourism, and policies of South Korea will shape the image of the country around the world,” said Mr. Cho Yong-man, Vice Minister of Culture, Sports and Tourism.

Next
Books are the foundation of advanced culture