Books are the foundation of advanced culture

Books are the foundation of advanced culture

- In the opening ceremony for the 28th Seoul International Book Fair held on June 1, the culture minister highlighted the role of books - 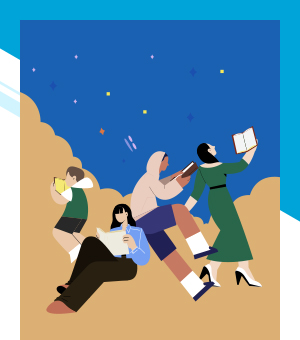 Minister of Culture, Sports, and Tourism Park Bo Gyoon participated in the opening ceremony of the 28th Seoul International Book Fair, which was held at the Seoul COEX building on June 1.

This year’s ceremony was attended by a number of leading figures from the publishing industry, including President Yoon Cheol-ho of the Korean Publishers Association, who hosted the event, President Kim Tae-heon of the Korean Publishers Society, President Kim Jun-hee of the Publication Industry Promotion Agency of Korea, President Kwak Hyo Hwan of the Literature Translation Institute of Korea, and Chief Executive Suh Hye Ran of the National Library of Korea. It was also attended by Colombian Vice Minister of Creativity and Orange Economy Adriana Padilla. Colombia was the guest country of honor for this year’s fair.

“I was surprised to see all the people waiting in line to enter today. I was delighted to see so many people coming to have their thirst for reading quenched,” said Minister Park as he welcomed the book fair returning after three years due to the Covid-19 pandemic. “Countries need combined economic, military, and cultural power to become truly advanced. The competitiveness of the Korean Wave lies in books as well.” He introduced to the audience the Guest Country Hall “Colombia: Creative, Diverse, and Fraternal”, in which visitors can learn about the masterful works of Colombian writers including Nobel laureate Gabriel García Marquez. “I hope this event will instill dreams and hope in your hearts and satisfy your imagination and literary sensibilities,” added the minister.

After the opening ceremony, the Minister visited the Guest Country of Honor Hall to learn about the exhibition there. He expressed his hope that more visitors will come and learn about Colombia and that there will be more active cultural exchanges between the two countries.

Prev
7,000 non-Korean honorary ambassadors of Korean culture connect Korea with the rest of the world

Next
Publication of K-Culture: 50 years of overseas promotion of the Republic of Korea